Oak Park, Illinois –Cook County's second installment property tax bills will be about four months late this year. Instead of the typical late-June mail date with an August 1 due date, bills will likely be mailed at some time in November with a due date about thirty days later, at some time in December. The delay is the result of computer compatibility problems between the two county agencies that process tax appeals.

The late bills are having an unexpected impact on some Oak Park property owners who pay taxes through mortgage escrows. If those property owners were among the one in five homeowners who experienced double-digit annual tax increases as a result of the reassessment that impacted Oak Park tax bills last year, they may be experiencing excessive increases in their tax escrow payments this year.

Monthly escrow payments are determined by dividing a property's annual tax bill (the combined total of first and second installments from the same year) into twelve monthly payments. Put simply, a property with an annual bill of $12,000 should pay $1,000 per month into the escrow. But because second installment tax bills are late this year, mortgage companies do not yet know what this year's annual tax bill is and thus do not have the information needed to set the correct payment.

In the absence of this year's second installment bill, mortgage companies have instead been using last year's second installment bill when setting tax escrows, and pairing it with this year's first installment bill to estimate the annual tax bill. But in Cook County's tax system, estimating taxes by pairing bills from two different tax years often generates the wrong result. For mortgage holders whose properties had big tax increases last year, the incorrect estimates are resulting in escrow payments that are too high. (See attached chart.)

Property taxes in Cook County are already pretty confusing, and the relationship between late tax bills and mortgage escrows can create even more confusion. But taxpayers who experienced double-digit tax increases last year are understandably concerned this year about mortgage escrow payments that reflect additional large tax increases. I hope this article sheds some light on why this is happening and provides taxpayers with strategies for talking to mortgage companies when their tax escrows are too high. 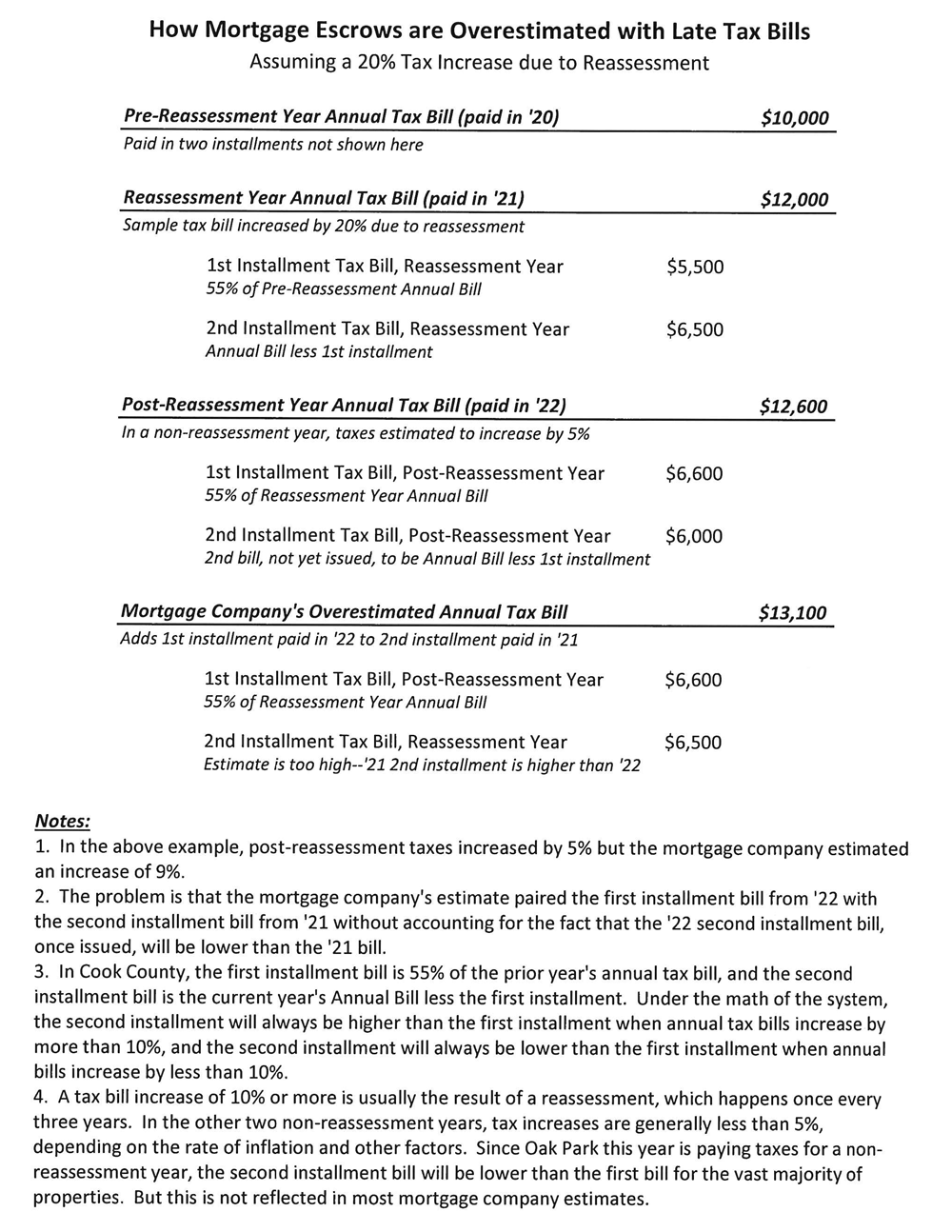